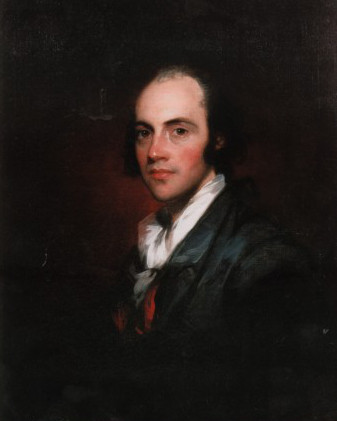 Mention Weehawken and Aaron Burr and most people will think of the duel with Alexander Hamilton, July 11, 1804, but Aaron Burr has earlier history to the New Jersey township. On July 6, 1778, while New York City was occupied by the British during the Revolutionary War, General William Alexander (also known as Lord Stirling), at the direct request of none other than George Washington, sent Colonel Burr a letter requesting him to provide surveillance on the “motions of the enemy’s shipping” in Weehawken, Hoboken and Bergen Heights. This is the letter:

“General Washington desires me to state that he wishes you would employ three, four, or more persons, to go to Bergen heights, Weehawk, Hoebuck, or any other heights thereabout, convenient to observe the motions of the enemy’s shipping, and to give him the earliest intelligence thereof; whether up the river particularly.  In short, everything possible that can be obtained.”