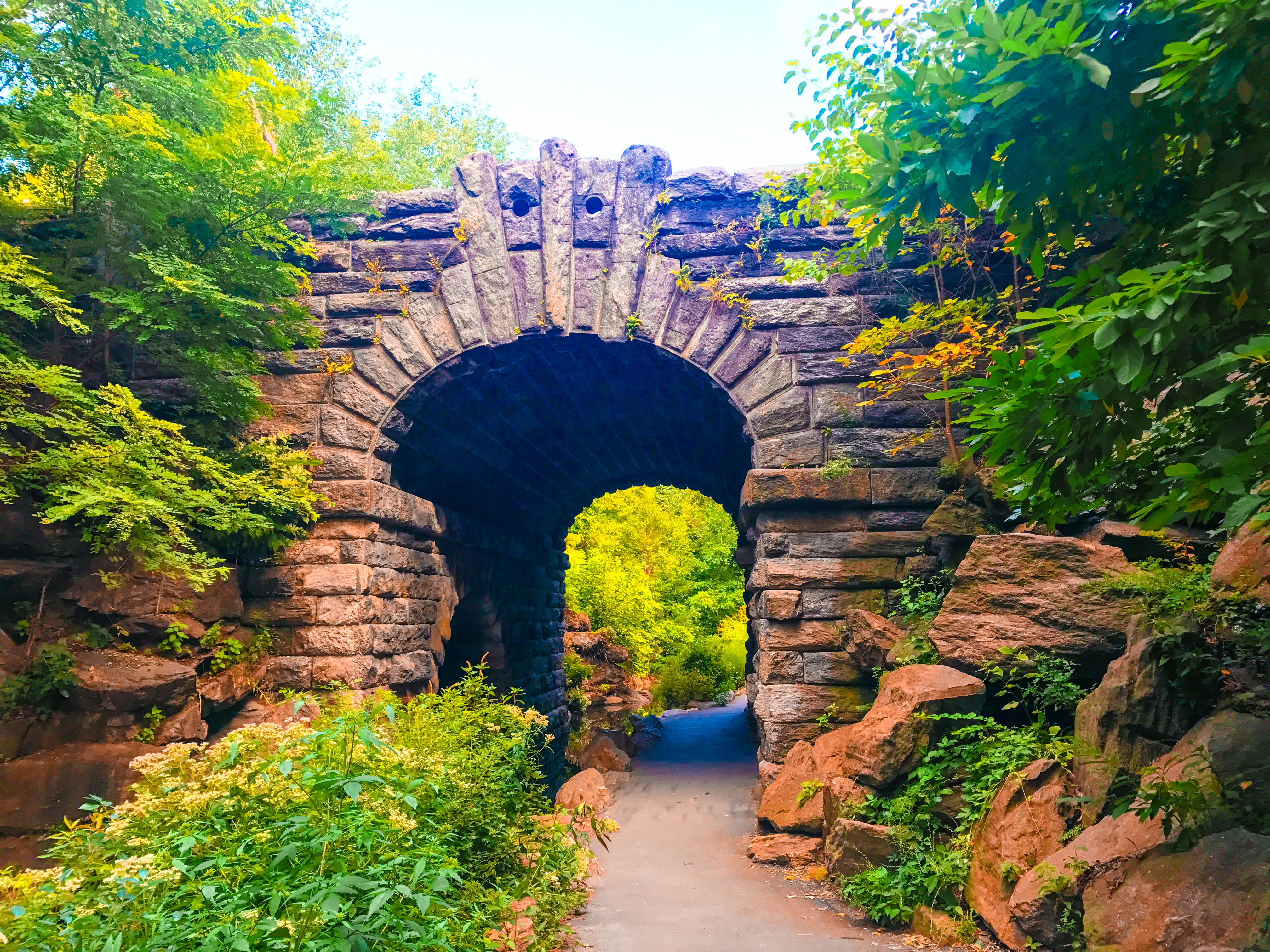 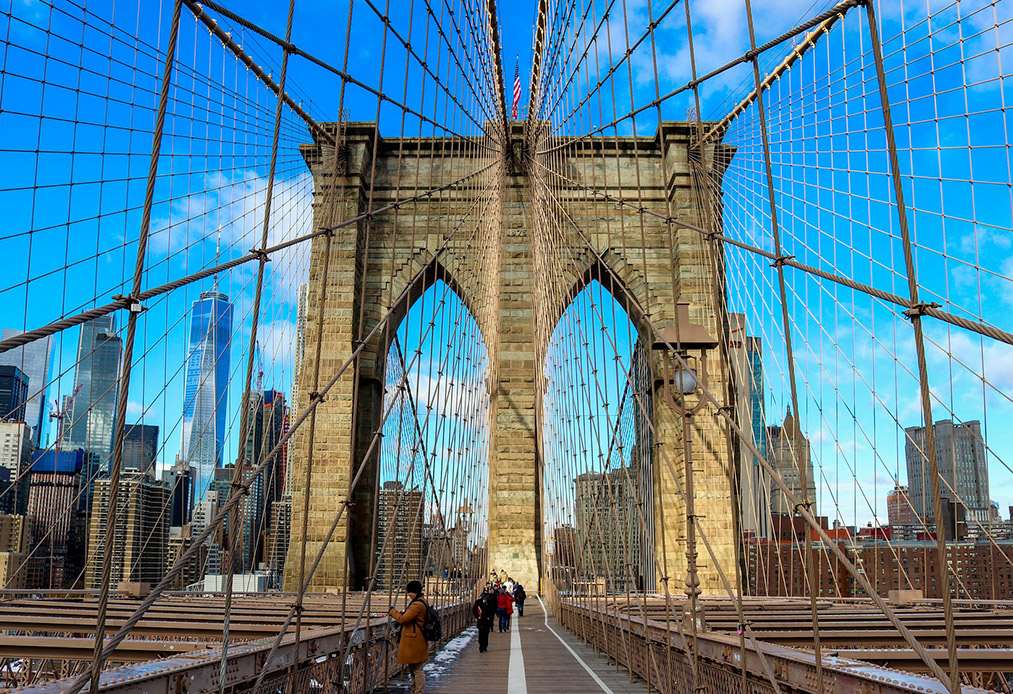 The Best of Brooklyn

The Best of Brooklyn

Take some of the best walking tours in New York City!

Private and Public Tours, and Gift Cards are offered. PRIVATE TOURS are available on flexible dates and times. Contact brucer@discovernewyork.com or call 917 475-6839. 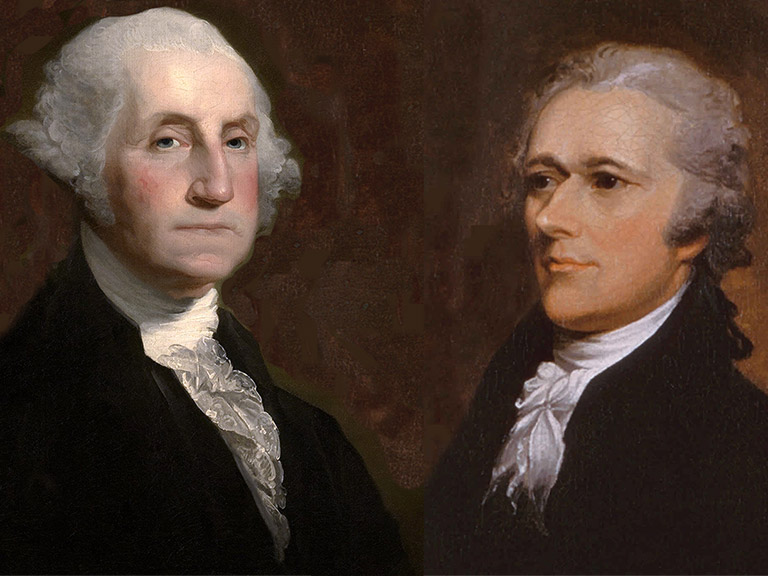 Hamilton & Washington: Secrets of the Past – New York City Walking Tour.  This tour is the perfect complement to the musical, Hamilton, by Lin-Manuel Miranda based on the biography Alexander Hamilton by Ron Chernow. This tour will provide you with even greater insight and understanding of the people, events and situations of the Broadway show. Come join us and you’ll hear amazing stories, see reproductions of paintings and images of events, and experience awe-inspiring and little-known locations and objects that helped shape what America is today.

New York City, the most iconic city in the world, is home to more than 240 years of rich American history. Few stories are more powerful, influential and moving than that of the partnership between founding fathers George Washington and Alexander Hamilton before, during and after the American Revolution.

On this immersive walking tour, experience American history as you never have before, on the streets where it happened, and through the lives of the first commander-in-chief and president, George Washington, and orphaned immigrant turned Secretary of the Treasury, Alexander Hamilton.  These are two men who were truly indispensable in guiding and shaping the destiny of the United States.  You’ll also discover lesser-known people in the narrative of the United States and the critical roles that women and African Americans played in fulfilling the founding vision of the nation.

We invite you to join one of the most unique and exciting walking tours the city has to offer. Together we’ll venture through the streets of New York to recapture unforgettable moments in the story of the United States, such as British colonial times, the Sons of Liberty resistance, the devastating Battle of Brooklyn, Hamilton’s early days as a courageous and valiant new patriot, Washington’s emotional farewell to his troops, triumphant return, and inauguration on Wall Street, and the development of Hamilton’s brilliant monetary policies that would forever shape the American economy.  Please see the current TripAdvisor reviews. 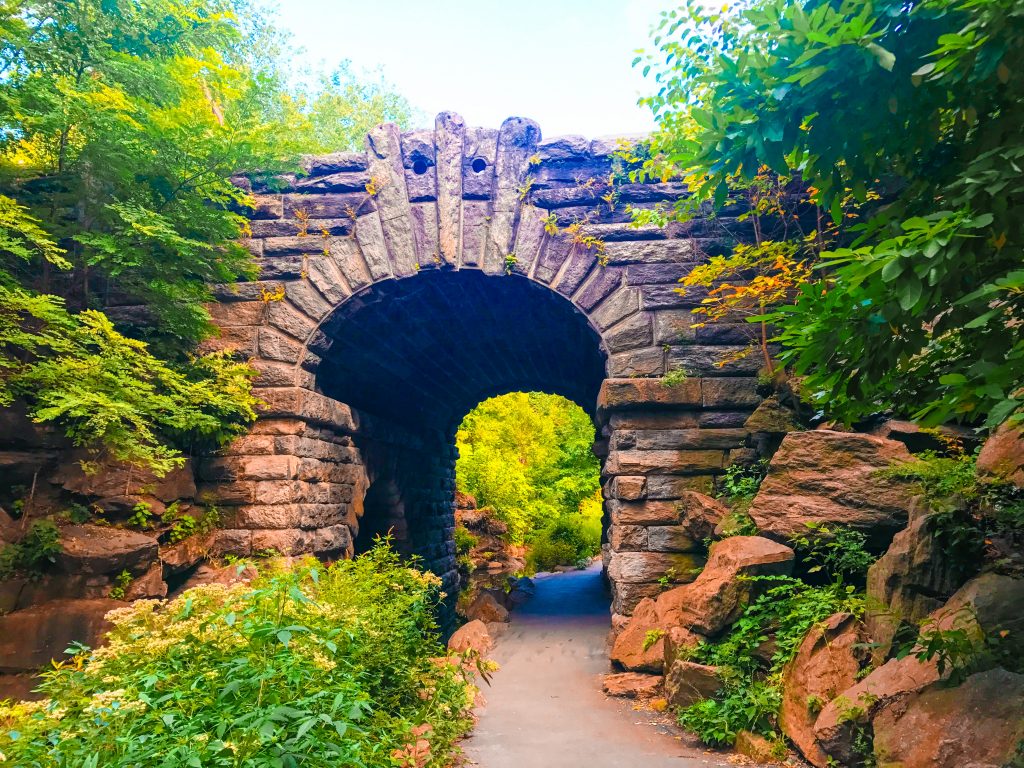 Get away from it all and immerse yourself in some of the least-visited, most scenic and historical parts in the Best Central Park Walking Tour in New York City.

“Translate Democratic ideas into trees and dirt” is how Calvert Vaux, the partner of Frederick Olmstead, described the concept of a Central Park in the 1850’s. It is a park for all people. Today, with about 42 million visitors annually, the park continues to fulfill that vision. Set in the center of the largest city in the United States, the majestic 843 acre, man-made, 2.5 mile long park, set in the largest city in the United States continues to astound. As a New Yorker or visitor, you’ve probably seen the well-known places of Central Park such as the Lake and Bethesda Fountain, but this tour, the Secret Places of Central Park will take you to places that will surprise and delight you. The tour is conducted by Bruce Racond, a licensed New York City tour guide with 20 years experience.   Please see the current TripAdvisor reviews.

You will be transported to scenery of the Adirondacks, right in the middle of Manhattan island!

You’ll learn the fascinating history of the park and gain an even greater appreciation for what the creators Frederick Law Olmstead, Calvert Vaux and commissioner, Andrew Haswell Green accomplished 160 years ago. You’ll see alternative proposals for the park’s design, and find out what was there before. This tour is a must for lovers of New York City and Central Park.

THE BEST OF BROOKLYN WALKING TOUR

Discover the best Brooklyn tour and the revolutionary history of Brooklyn in this exciting walking tour!

Discover the revolution that is Brooklyn in this exciting Brooklyn walking tour!   Step back in time and experience the Brooklyn Bridge, DUMBO, Brooklyn Bridge Park and Brooklyn Heights.  Discover the borough’s revolutionary history and modern reinvention from the Revolutionary War to the Civil War to today.  Take in breathtaking waterfront vistas, extraordinary locales, picturesque parks, and cultural surprises.  The Revolutionary Brooklyn Walking Tour is led by a 20-year historian and licensed New York City tour guide.

Our journey begins by crossing the historic Brooklyn Bridge from Manhattan.  Learn about the 14-year epic saga of the great engineering achievement of the 19th century that connected the “twin cities” of Brooklyn and New York.

We’ll continue in DUMBO where you’ll discover how a dilapidated warehouse and factory district was transformed into a prime residential, cultural, and commercial/tech center that businesses such as Etsy and West Elm call home.  Enjoy a stop at the first store of the most famous chocolate maker in New York, Jacques Torres.  You’ll see the stunning Brooklyn Bridge Park, and encounter awe-inspiring views, and a perfectly restored 1922 carousel within a “crystal” box.

We’ll stand near where George Washington conducted a maritime retreat in 1776 that saved American independence during the Revolutionary War and where Robert Fulton operated steamboat ferries to and from the Brooklyn suburbs.  We’ll also explore Brooklyn Heights, New York City’s first suburb and historic district, with spectacular views of Manhattan from the Promenade. Discover hundreds of elegant pre-Civil War homes and hear stories of famous residents such as Truman Capote.  See a house from the movie “Moonstruck,” and discover the 1849 church visited by Abraham Lincoln and led by the most famous preacher in America, Henry Ward Beecher.

Experience the cultural and historical phenomenon that is Brooklyn on this walking tour.  Reserve your place by joining the “Brooklyn Revolution” tour today!

Here are just a few of the many experiences that await you:

Experience the cultural and historical phenomenon that is Brooklyn on this walking tour.  Reserve your place by joining the “Best of Brooklyn: The Brooklyn Revolution” tour today!

Led by licensed New York City tour guide Bruce Racond, who has spent more than 20 years entertaining and educating visitors on the vast history and showing the unique locations of New York.

Instagram
Shot a Revolutionary Period story with the very ta

Alexander Hamilton - The site of the house where H

Pulling Down the Statue of King George III, by Joh

Photo take from INSIDE the Central Park Blockhouse