The second Amendment, proposed at Federal Hall in New York City but not ratified until about 203 years later in 1992 as the 27th amendment, had to do with Congress not being able to give itself a raise in pay without its constituents having the ability to disapprove. The increase in pay goes into effect after the following House of Representatives election.

“No law, varying the compensation for the services of the Senators and Representatives, shall take effect, until an election of Representatives shall have intervened.”

The first 10 amendments to the Constitution are known as the Bill of Rights, but there were actually two amendments that were proposed at Federal Hall in New York City on September 25, 1789 that were not ratified.  The original first amendment had to do with establishing a ratio and limitation on how many people could be represented by each member of the House of Representatives.

Fortunately, it was not ratified, because if it was, there would be more than 6,000 representatives instead of the current 435.  The amendment proposed a limit of 50,000 people per representative.  Today, each member of the House represents about 700,000 people!

Here is the original wording of that amendment: 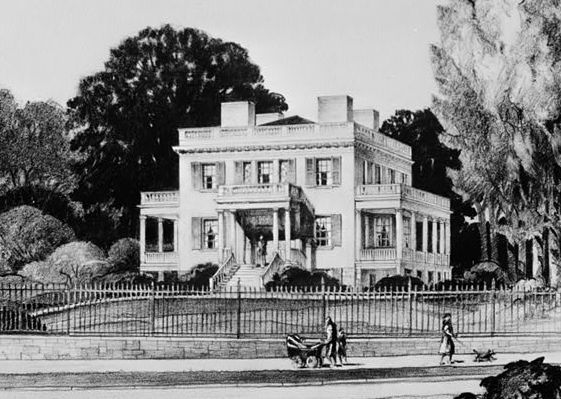 George Washington had Mount Vernon, Thomas Jefferson had Monitcello and Alexander Hamilton had the Grange.

Hamilton commissioned the fine architect John McComb, Jr., (who helped design New York’s City Hall) to design a home in what was then the country in Upper Manhattan on a sprawling 32 acres.  It was completed in 1802, just two years before the duelwith Aaron Burr.

The home’s original placement provided for views of the Hudson and Harlem Rivers from long piazzas and numerous windows.  It has since been moved twice.  Once in 1889 and again in 2011 (at a cost of approximately 14.5 million dollars) to its present location on Convent Avenue and 141st Street where it is operated as a historic site and open to the public.