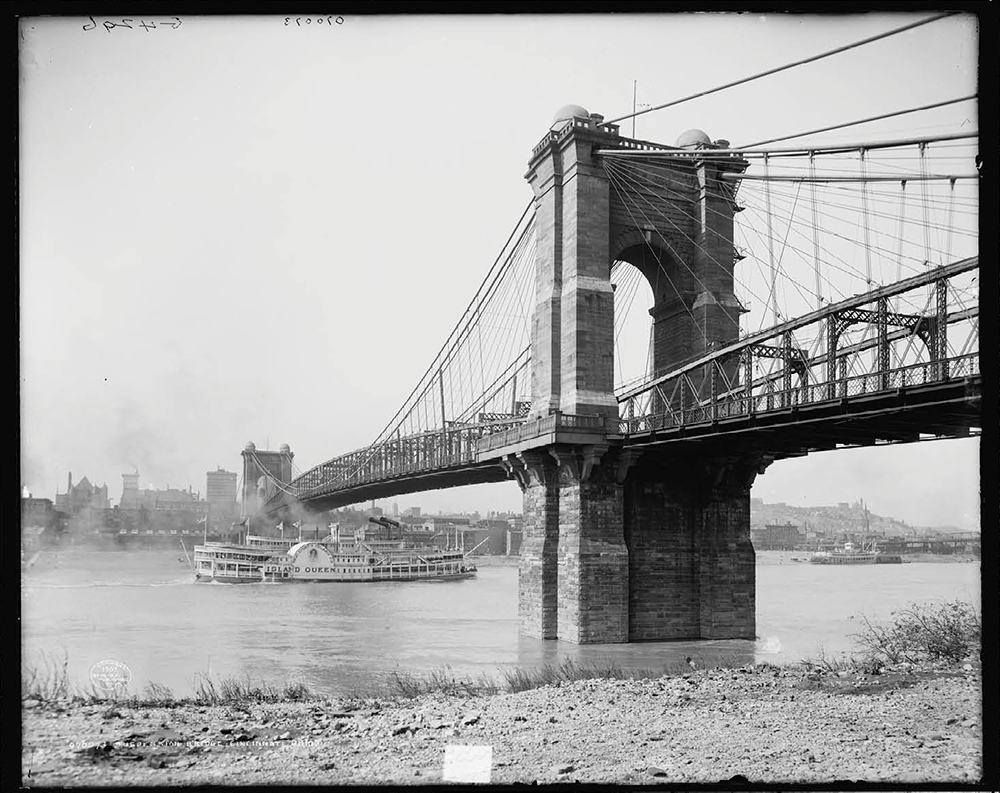 John Roebling the engineer and architect of the Brooklyn Bridge had already been a prominent designer of suspension bridges before his great bridge connecting the cities of New York and Brooklyn. He was also a manufacturer of twisted wire rope used for suspension bridges. His factory was based in Trenton, New Jersey. He designed the Niagra River Gorge Bridge in 1885, the Sixth Street Bridge in Pittsburgh, Pennsylvania in 1859, and the Covington-Cincinnati Bridge now known as the John A. Roebling Bridge Suspension Bridge in 1867, just two years before the Brooklyn Bridge started construction. That last bridge had been the longest suspension bridge in the world at 1057 feet for the main span before the Brooklyn Bridge was completed in 1883 with its main span at 1595.5 feet.