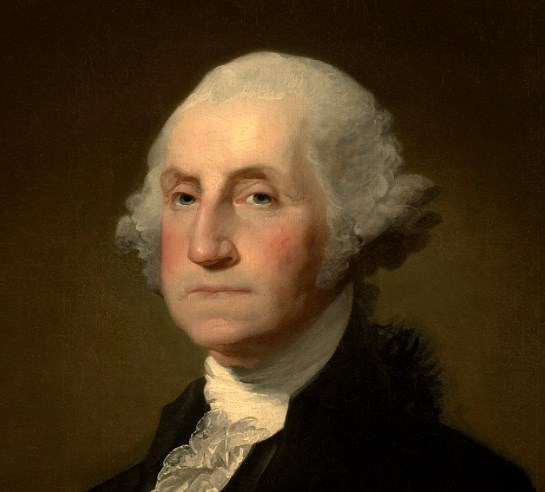 It is believed that the source of New York’s moniker as “The Empire State” is from a 1785 letter from George Washington to the City of New York. Mayor James Duane sent Washington “an Address of the City, and the freedom thereof in a very handsome golden Box.”

Subsequently, this is the letter that Washington wrote “To The Honble the Mayor, Recorder, Alderman & Commonalty of the City of New York:”

Gentlemen, I receive your Address, and the freedom of the City with which you have been pleased to present me in a golden Box, with the sensibility and gratitude which such distinguished honors have a claim to. The flattering expression of both, stamps value on the Acts; & call for stronger language than I am master of, to convey my sense of the obligation in adequate terms.

To have had the good fortune amidst the viscissitudes of a long and arduous contest ‘never to have known a moment when I did not possess the confidence and esteem of my Country.’ And that my conduct should have met the approbation, and obtained the Affectionate regard of the State of New York (where difficulties were numerous & complicated) may be ascribed more to the effect of divine wisdom, which had disposed the minds of the people, harrassed on all sides, to make allowances for the embarrassments of my situation, whilst with fortitude & patience they sustained the loss of their Capitol, and a valuable part of their territory—and to the liberal sentiments, and great exertion of her virtuous Citizens, than to any merit of mine.

The reflection of these things now, after the many hours of anxious sollicitude which all of us have had, is as pleasing, as our embarrassments at the moments we encountered them, were distressing—and must console us for past sufferings & perplexities. “I pray that Heaven may bestow its choicest blessings on your City—That the devastations of War, in which you found it, may soon be without a trace—That a well regulated & benificial Commerce may enrichen your Citizens. And that, your State (at present the Seat of the Empire) may set such examples of Wisdom & liberality, as shall have a tendency to strengthen & give permanency to the Union at home—and credit & respectability to it abroad. The accomplishment whereof is a remaining wish, & the primary object of all my desires (1) 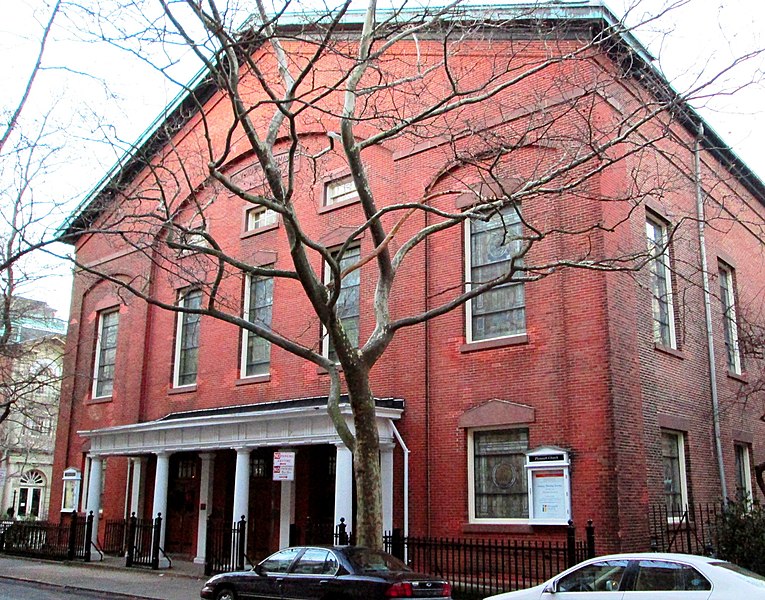 One of the stops on the Best of Brooklyn/Brooklyn Revolution Walking Tour is Plymouth Church. The National Historic Landmark church, along with its founding minister, the charismatic Henry Ward Beecher, had a long history of abolitionist activism from its inception in 1847 through the Civil War.  The Reverend Beecher’s arresting sermons were attended by the likes of Frederick Douglass and Sojourner Truth.  Douglass was engrossed as the impassioned Beecher “poured forth one continuous strain of eloquence for more than an hour,” even subduing “the miserable attempts at interruption” from opponents of his anti-slavery speech.[1]  Eventually aligning with the Republican party, Plymouth countered the prevailing Democratic political and social attitudes in Brooklyn and neighboring New York City.  They used the church basement as a stop on the Underground Railroad to shelter escaped slaves along their journey and advocated for manumission through sermons and journal articles.  Moreover, Plymouth and Beecher were influential in Lincoln’s breakthrough “Right Makes Might” speech at the Cooper Institute in New York City in February 1860, facilitating his subsequent rise to the presidency.[2]

Beecher’s most remarkable achievement during the Civil War was his advocacy for the Union cause in the United Kingdom.  In October 1863, through a series of five speeches given throughout Great Britain—and of his own accord—Beecher helped thwart the potentially devastating effects of Britain’s economic and military support of the Confederacy.  His provocative speeches to the laboring classes were both a rebuke of the British in their attempts to secure Southern cotton and a humanitarian plea to the British people to support the Union cause and American freedom.  Both the British and American press praised him for contributing to the Union victory.  Furthermore, near the end of the war, President Abraham Lincoln acknowledged the contribution of Beecher’s adroit and unofficial diplomacy.  When planning the rededication of Fort Sumter in South Carolina on April 14, 1865, a grateful Lincoln personally demanded that Beecher give the speech for the raising of the American flag, “because if it had not been for Beecher, there would have been no flag to raise.”[3]